I got the hint that the TSr4 version of my TungSol 12AX7 spice model showes convergence issues when used in hard overdriven stages. So, I decided refit this tube with my i5 model, as it provides a highly improved convergence performance.
Note that the math behind the grid current model is quite different between the i4 and the i5. Hence, it is not possible to achieve totally identical grid current curves. However, the i5 is in some regions closer to the measured curves than the i4, and in other regions it is less precise. I tried to get an improved accuracy for typical used regions.

Note also that I'm no longer owner of the golden Sample, so I couldn't repeat the curve measurements with hot plate. That's why I provide the new TungSol model as an i5 instead an i6. 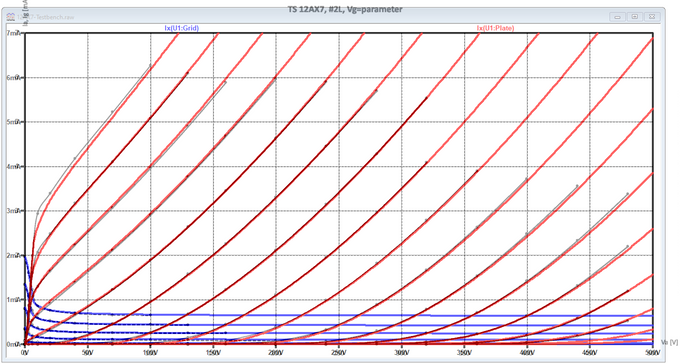 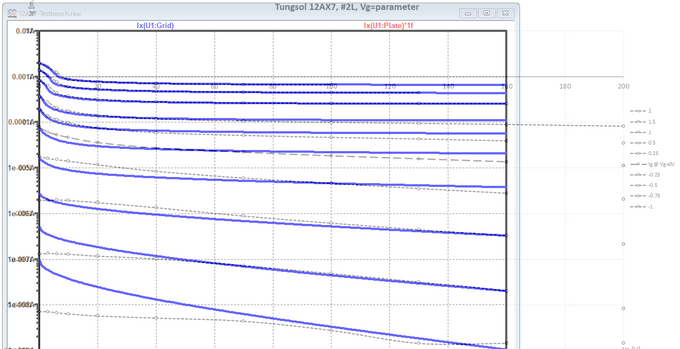